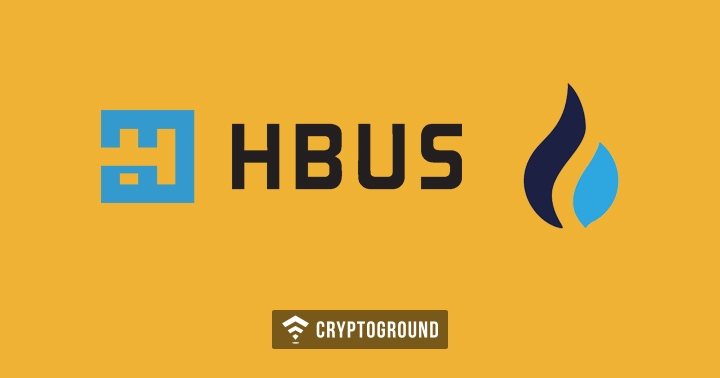 However, this needs to be noted that this is a change purely for the optics of it - and there has been no change in the way either of the companies are managed. It is also possible that this change of domains might confuse some users for some time. However, this rebranding is likely to be beneficial for HBUS because of the goodwill that comes with the Huobi brand name.

The exchange, formerly known as HBUS, offered the users with 13 cryptocurrency trading pairs. In the US markets, it competes with several names, but primarily aims at the top spot that Coinbase occupies. The company officially announced this change in a press release, where the CEO of HBUS, Frank Fu, has said:

Huobi Global a world leading digital asset exchange, especially in Asia, and the name ‘Huobi’ is a powerful brand in the digital asset world, representing dependability, flexibility, and security for more than half a decade. Leveraging our enhanced partnership with Huobi Group, we’ll continue to operate the trading platform in a compliance-committed manner, offering wide token variety.

Earlier in 2018, HBUS became one of the rare few cryptocurrency exchanges which had started off with a billboard advertising campaign in the US. This campaign saw HBUS take shots at Coinbase as well as the Wall Street firms. The company has been around in the US markets for a short while but has already made a name for itself. While Huobi is the fourth largest cryptocurrency exchange in the world, standing in at a daily trade volume of $330 Million - HBUS doesn’t feature in the list of CoinMarketCap’s Top 10 crypto exchanges by volume - hinting that its daily trade volume might be lesser than 1.5 Million USD.

To promote the platform, HBUS has launched a promotional scheme where rebates on trades as well as discounts for new users are being offered. In the Press Release issued by the firm, HBG CEO Leon Li commented, saying:

We feel very confident that the HBUS team will be excellent stewards of the ‘Huobi’ name as they become the top digital asset exchange in the U.S.

While 2018 wasn’t really a great year for cryptocurrency markets, it has been a good time for Huobi - as the company has been strategizing various expansion plans. Huobi started off in the US and Australian markets - as well as aimed towards the Japanese markets. Moreover, the company got Randi Zuckerberg, the sister of Facebook founder Mark Zuckerberg as a member of the advisory committee. Another major name to become a part of Huobi was the former OKEx CEO, who joined the company as the VP of business development. The company also started off with their P2P service in India. Huobi has had a good year in 2018 and the company is likely to expand even further in 2019. Stay tuned with us at Cryptoground for more updates from the world of cryptocurrencies and the blockchain technology.