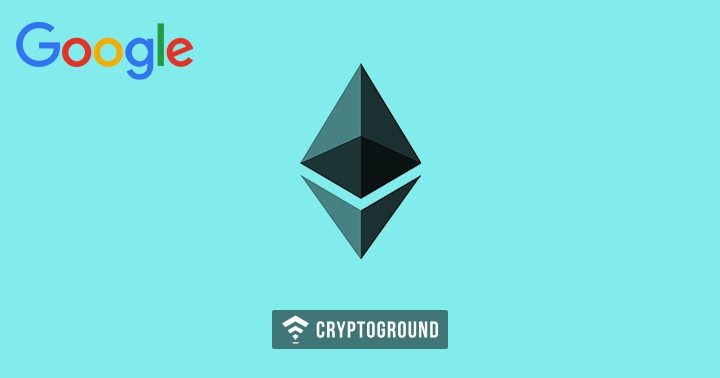 If further added that while the Ethereum blockchain peer-to-peer (P2P) software has an application program interface (API) for a subset of commonly used random-access functions (for example: checking transaction status, looking up wallet-transaction associations, and checking wallet balances), API endpoints don’t exist for easy access to all of the data stored on-chain. API endpoints also don’t exist for viewing the blockchain data in aggregate.  Aiming the new service to provide more of a Big Data window into ethereum, Google said:

"A visualization like this [...] is useful for making business decisions, such as prioritizing improvements to the Ethereum architecture itself (is the system running close to capacity and due for an upgrade?) to balance sheet adjustments (how quickly can a wallet be rebalanced?)."

Also Read: ‘Should I leave Ethereum and Work for Google?’ Vitalik Buterin Asks on Twitter

The giant has built a software system on Google Cloud that synchronizes the Ethereum blockchain to computers running Parity in Google Cloud, performs a daily extraction of data from the Ethereum blockchain ledger, including the results of smart contract transactions, such as token transfers, and de-normalizes and stores date-partitioned data to BigQuery for easy and cost-effective exploration.

Google then demonstrated a few examples. The first of which was CryptoKitties (a crypto collectibles game), for which it visualized the CryptoKitty pedigree for accounts that own at least 10 CryptoKitties - Color indicated owner, while size indicated the PageRank (reproductive fitness) of each CryptoKitty. Another example was a look at one of the most popular tokens is OmiseGO ($OMG), with a visualization that shows how on September 13, 2017, there was a large increase in the number of $OMG receivers but no increase in the number of senders. This corresponds to the beginning of the OmiseGO Token Airdrop.

While Google is betting big on the blockchain, it shuns cryptocurrencies. Earlier in July, Google exclusively confirmed to CryptoGround that it hasn't lifted the crypto ad ban after the rumors surfaced on social media platforms claiming so.  In March of this year, Google had announced that it will ban all cryptocurrency-related advertising effective June 2018. This was under Google’s newly updated financial products policy, where it said that no advertisements for cryptocurrencies and related content (including but not limited to initial coin offerings, cryptocurrency exchanges, cryptocurrency wallets, and cryptocurrency trading advice), will be accepted.