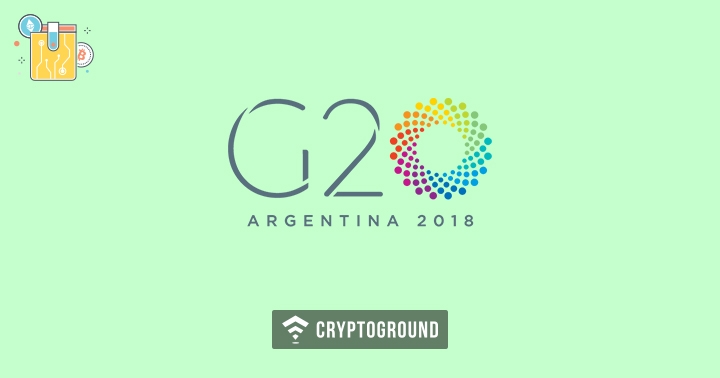 Cryptocurrencies are getting mainstream and international watchdog organizations and policymaking bodies have been taking an active interest in them. The G20 particularly has been a body which has kept a close watch on cryptocurrencies. Today, the G20 released an official statement on cryptocurrencies as a part of their July communique. It has also been announced that an official document on global Anti Money Laundering (AML) standards would be released later in the year, in October.

The biggest takeaway from this interim statement that the G20 has released is the fact that they have stated that ‘Cryptocurrencies do not pose a threat to the global financial stability’. This has been re-iterated from their previous report where they had stated the need to set up a monitoring framework for cryptocurrencies. The latest G20 report states that cryptocurrencies bring in a number of benefits but pose some ‘positive challenges’.

The biggest challenges that cryptocurrencies face are that of consumer and investor protection, market integrity, tax evasion, terror funding and money laundering. However, despite these shortcomings, G20 is certain that there is no global financial risk that crypto-assets pose as of now. The communique states that the G20 is vigilant and is keeping a close eye on all crypto-related activities.

The G20’s Financial Action Task Force, which is an international committee formed to tackle the issues of money laundering and terror funding, has asked for a period of three months to release their final statement on Anti Money Laundering standards that are needed for cryptocurrencies. The G20 communique reads:

"While crypto-assets do not at this point pose a global financial stability risk, we remain vigilant. ... We reiterate our March commitments related to the implementation of the FATF standards and we ask the FATF to clarify in October 2018 how its standards apply to crypto-assets."

In line with many other international organizations, the G20 too has stated that the blockchain technology is of key importance and praised the DLT (Distributed Ledger Technology) systems and highlighted the benefits of the blockchain. The G20 too, believes that blockchain is more important than compared to cryptocurrencies, which are a byproduct of this technology and just one use case of out of many.

The G20’s decision on cryptocurrencies is of key importance because that will affect the policies of its member nations towards cryptocurrencies. Usually, the financial policies of the G20 nations aren’t far apart from one another as they follow the same standards. Some countries such as South Korea had even declared that they would set their entire cryptocurrency regulation framework based on what the G20 decides. Hence, the FATF’s final verdict, which will come out in October, would be a key factor towards deciding the fate of cryptos in 20 major nations of the world.

The question of "how/whether to globally regulate cryptocurrency" has now been passed on to the FATF and we now wait for October to get a final answer to that question.