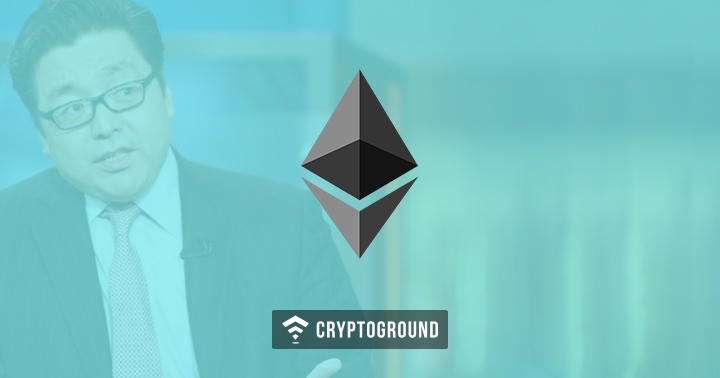 Crypto bull Tom Lee, the Head of Research at Fundstrat Global Advisors, has said that major altcoin and the second most popular cryptocurrency Ethereum (ETH) is poised for trend reversal and big rally. Lee sees the price of Ethereum to reach $1,900 by the end of 2019. It is currently trading at around $225, meaning that the altcoin’s price will surge by over 700 percent by the end of the year, according to Lee. Ethereum’s all-time high was at $1,349 that was recorded on January 13, 2018.

Lee cited the historical performance saying that when Ethereum underperformed peers by two standard deviations in the past, it reversed those losses, which could signal that it’s time for a rebound. Ethereum was launched on July 30, 2015, and provides an open-sourced blockchain that features smart contracts and a basis for emerging blockchain-powered applications in a number of industries.

Ripple provides the blockchain-powered platform to send money globally. Ethereum is a decentralized platform that runs smart contracts: applications that run exactly as programmed without any possibility of downtime, censorship, fraud or third-party interference. Ethereum also has a Wallet that is a gateway to decentralized applications on the Ethereum blockchain. It allows to hold and secure ether and other crypto-assets built on Ethereum, as well as write, deploy and use smart contracts.

Lee is also bullish on Bitcoin, the largest cryptocurrency in the market. Last month, he had said that the Bitcoin (BTC) could surge to $25,000 as the year 2018 winds down. Lee had based this assumption on the relationship between the price of BTC and BlackRock’s iShares MSCI Emerging Markets exchange-traded fund (ETF), which tracks large and mid-sized companies in emerging markets.

The overall virtual currencies market, however, is witnessing a bearish trend since start of the year. A number of opinions suggest that the market is waiting for some positive regulatory developments for the major upward breakout. The U.S. Securities and Exchange Commission (SEC) has several times disapproved the Bitcoin (BTC) exchange-traded fund (ETF), which is seen as a negative development by the market observers. An ETF approval is expected to get institutional investors' participation in the crypto market and thereby sending the positive sentiments.

Winklevoss Capital invests in a firm which wants to use Natural Gas to...