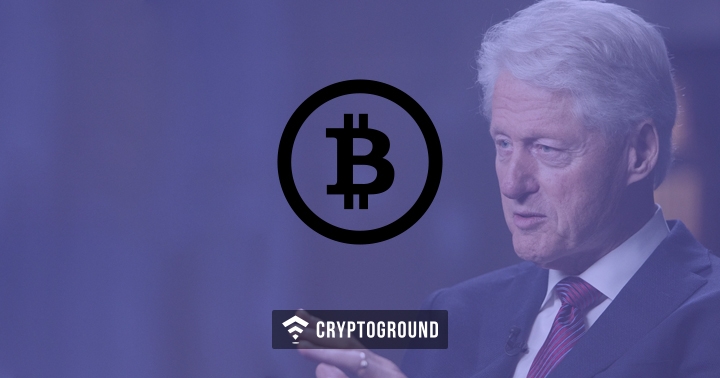 Cryptocurrencies have found several high-profile backers and endorsers in the recent past. However, perhaps the biggest international name to back cryptos was announced earlier today. Former President of the United States, Bill Clinton, will deliver the keynote at Ripple’s 2018 SWELL Conference which is all set to take place in October of this year.

Ripple Labs announced this news in a recent Press Release where it stated that Clinton was the president during the 90s, when the internet technology was booming. The release stated:

Today, we’re thrilled to announce 42nd President of the United States Bill Clinton as the keynote speaker for Swell – where the world’s leaders in policy, payments and technology connect.

Considering that cryptocurrencies are about to enter the stage where the internet was about two decades ago, Bill Clinton’s insights would add value to the conference. Ripple Labs highlights as to why Clinton’s keynote would be important, saying:

At a time when groundbreaking technology and regulation were often on a collision course, President Clinton helped usher in a period of extreme growth and adoption of the Internet, shaping what it is today. He also established programs that bridged the "digital divide" and brought new technology to underserved communities around the world.

Ripple has also announced that Gene Sperling, who was the National Economic Council Director and Advisor under the governments of Presidents Clinton and Obama, will moderate a Q&A with President Clinton during the keynote address.

SWELL is all set to take place on the 1st and 2nd of October in San Francisco, California. As per the description SWELL, "connects the world’s leading experts on policy, payments and technology for the most provocative dialog in global payments today."

In addition to President Clinton’s keynote speech, the event will also have the following other events: