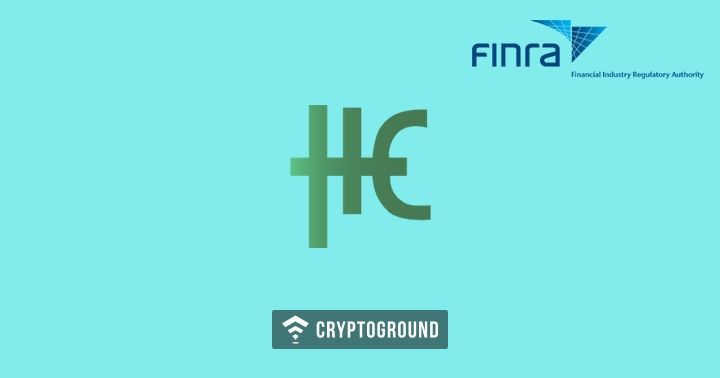 The Financial Industry Regulatory Authority (FINRA), a private self-regulatory organization (SRO) that is overseen by the U.S. Securities and Exchange Commission (SEC), has filed a complaint against Timothy Tilton Ayre of Agawam, Massachusetts, charging him with securities fraud and the unlawful distribution of an unregistered cryptocurrency security called HempCoin. This case represents FINRA’s first disciplinary action involving cryptocurrencies.

In the complaint, FINRA alleges that, from January 2013 through October 2016, Ayre attempted to lure public investment in his worthless public company, Rocky Mountain Ayre, Inc. (RMTN) by issuing and selling HempCoin – which he publicized as “the first minable coin backed by marketable securities” – and by making fraudulent, positive statements about RMTN’s business and finances. RMTN was quoted on the Pink Market of OTC Markets Group and traded over the counter.

According to the complaint, FINRA also alleges that in June 2015, Ayre bought the rights to HempCoin and repackaged it as a security backed by RMTN common stock. Ayre marketed HempCoin as “the world’s first currency to represent equity ownership” in a publicly traded company and promised investors that each coin was equivalent to 0.10 shares of RMTN common stock. Investors mined more than 81 million HempCoin securities through late 2017 and bought and sold the security on two cryptocurrency exchanges. FINRA charges Ayre with the unlawful distribution of an unregistered security because he never registered HempCoin and no exemption to registration applied.

In addition, FINRA alleges that, from January 2013 through October 2016, Ayre defrauded investors in RMTN by making materially false statements and omissions regarding the nature of RMTN’s business, failing to disclose his creation and unlawful distribution of HempCoin, and making multiple false and misleading statements in RMTN’s financial statements.

The issuance of a disciplinary complaint represents the initiation of a formal proceeding by FINRA in which findings as to the allegations in the complaint have not been made, and does not represent a decision as to any of the allegations contained in the complaint. Under FINRA rules, a firm or individual named in a complaint can file a response and request a hearing before a FINRA disciplinary panel. Possible remedies include a fine, censure, suspension or bar from the securities industry, disgorgement of gains associated with the violations and payment of restitution.

Earlier in July of this year, FINRA had issued a notice to firms involved in activities related to digital assets such as cryptocurrencies and other virtual coins and tokens, that it would begin collecting information about such activities from its members. The FINRA stated that the investor protection concerns exist, including incidences of fraud and other securities law violations involving digital assets and the platforms on which they trade. As such, FINRA has a keen interest in remaining abreast of the extent of member involvement in this space.

LeadInvest Cryptocurrency Platform Gets Cease and Desist Notice from T...