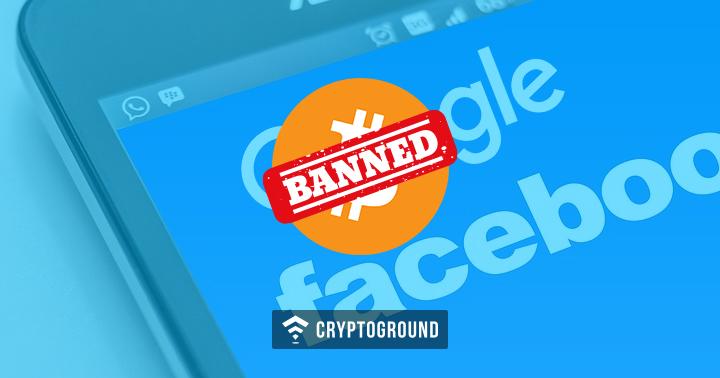 2018 hasn’t really been a good year for crypto enthusiasts so far. While the prices of cryptocurrencies continue to be highly unstable and on a slow downtrend - several media and advertising powerhouses on the internet seem to be turning hostile too. Over the course of the year, a number of social media and search platforms imposed bans on cryptocurrency ads on their platforms. Google and Facebook being the biggest of such names.

Months after announcing the ban, these internet giants continue to face a backlash from the crypto-community, which is upset about being treated unfairly. Apart from Facebook and Google (and all their associated platforms such as Instagram and YouTube), names such as Twitter and MailChimp too announced that they will no longer allow crypto-ads - causing a further blow to the industry.

Crypto-Community Points Out The Hypocrisy

It has often been pointed out that while Google’s tagline reads ‘don’t be evil’, the company continues to be unfair to the crypto industry. Google had announced earlier this year that they will ban all cryptocurrency advertisements from all their platforms starting June 2018.

Interestingly, while Google continues to stay away from commenting on cryptocurrencies - the company was reportedly interested in working with Vitalik Buterin, the Ethereum co-founder - who shared a screenshot of an email from Google over a tweet with the text ‘Should I leave Ethereum and work for Google’.

Many accused Google of having ‘double standards’ because of this - as they showed interest in working with the top crypto-expert of the world but are still imposing a ban on cryptocurrency ads. While Google has shown an active interest in the blockchain technology in the past, their crypto-ambitions (if any) are quite secretive for now.

Twitter faces a similar heat - as Twitter CEO Jack Dorsey is involved with Square as well as Lightning Network. A company being managed by him imposing a ban on cryptocurrencies poses several questions as well.

Facebook, however, gets the worst of it. The social media giant has been involved in numerous controversies in the past - the most recent being that of privacy violations. Facebook is also being called out for having double standards when it comes to the crypto ad-ban.

The company announced in January that they are imposing a ban on all cryptocurrency related ads on their platform. However, a few months down the line, following a reshuffling of their organization structure - Facebook set up a new team for blockchain development being led by the former VP of Facebook Messenger David Marcus. The company intends to make use of the blockchain tech to innovate their offerings. What added fuel to the fire was the fact that Facebook is also considering to launch a cryptocurrency which will be used in their own platform for making virtual purchases.

While the bans were announced by these firms over the fact that a number of fraudulent ICOs and Ponzi schemes were making use of the platform for promoting their products, genuine companies and startups were caught in the crossfire. In what seems as a distant ray of hope, LinkedIn Co-Founder Eric Ly had commented that this is a temporary ban which is being carried out due to the lack of regulations - and will be reversed by most tech firms once proper regulations are in place.