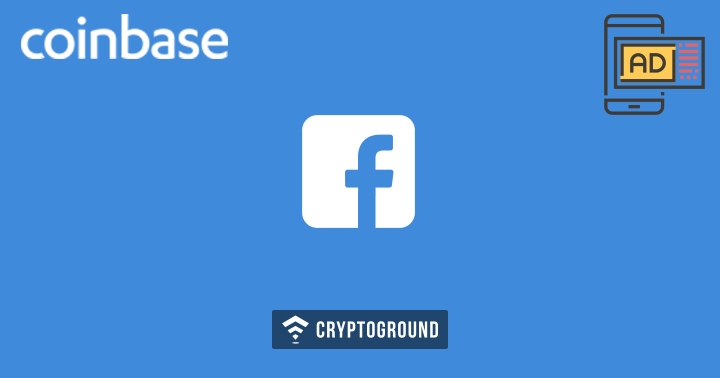 Earlier this year, Facebook was the first social media giant to announce that they are shutting down all cryptocurrency and ICO related advertisements from their platform. This led to a series of events which saw names such as Twitter, Google, and other platforms such as Mailchimp also bringing in similar restrictions when it comes to crypto-ads. However, half a year down the line,  Facebook has relaxed their policies and now allows for some ads. The first name which has been whitelisted is that of Coinbase.

Coinbase advertisements are back on Facebook. A number of Facebook users have pointed out that these ads are now visible to them. Facebook had decided to reverse this policy in late June but the effects of this ban have come to light now. Coinbase CEO Brian Armstrong announced it with a tweet, saying:

Facebook banned ads for crypto earlier this year. Proud to say we've now been whitelisted and are back introducing more people to an open financial system 👌

With Facebook having relaxed their rules in the cryptocurrency ad policy, it is likely that other social media and search giants which had blocked these ads may also consider the same. Moreover, being the first name to get whitelisted gives Coinbase a major edge against its advertisers as it is pretty much the only cryptocurrency company being allowed to run ads on Facebook at the moment.

This announcement comes at a time when rumours of Facebook acquiring Coinbase have been making rounds rampantly. In fact, when the news of Facebook’s ad policy change first broke, speculations had already begun that this might be an indicator of their rising interest in the cryptocurrency business. Facebook has set up a blockchain division which is being led by the former VP of Messenger, David Marcus, who also happens to be a member on the board of Coinbase.

Coinbase is the biggest name when it comes to cryptocurrency businesses in the US. The exchange offers easy purchases of Bitcoin, Bitcoin Cash, Litecoin and Ethereum. Earlier, Coinbase announced that they would also be adding support for Ethereum Classic. As per the latest reports, Coinbase is also considering the possibility of adding five more cryptocurrency tokens to their platform: Cardano, Basic Attention Token, Stellar Lumens, Zcash, and 0x.

Coinbase, which has been on a hiring spree, is looking for the best of talents. The recent acquisition of Earn.com helped them get Balaji Srinivasan on board as their CTO. This was followed by the hiring of Alesia Haas as their CFO a day later. Coinbase has launched a charity platform, a Political Action Committee - as well as a set of tools aimed specifically for the use of big-money (institutional) investors.

All of these factors put together, along with the fact that Facebook is already looking forward to the possibility of entering the blockchain and cryptocurrency markets would make the Facebook-Coinbase acquisition more of a possibility. However, this is a pure speculation at the moment and none of the parties have commented on it.