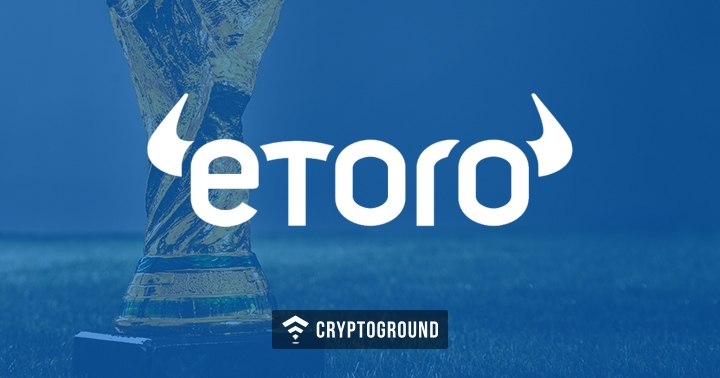 eToro, a global investment platform for crypto assets as well as traditional financial instruments, has partnered with seven Premier League clubs for marketing opportunities, the first in football to be paid using bitcoin.

According to some media estimates, the deal is worth somewhere between £4 and £5 million. Iqbal V. Gandham, UK Managing Director at eToro, said:

"We are excited to be partnering with so many Premier League clubs and making history by being the first company ever to pay for a Premier League partnership in bitcoin.”

Also Read: eToro is Likely to Come Up With an IPO

Also Read: eToro to Launch Crypto Exchange in US

eToro believes that crypto, and the blockchain technology that underpins it, can improve football and the world of sports. In the future, this could include addressing issues of ticket touting, problems with transparency and providing a guarantee of authenticity for merchandise. Gandham added:

"Today’s announcement is very much the first small step on a long road to football fully embracing blockchain technology. Education will be key so that industries can understand the potential, however, the openness of these Premier League clubs to taking this first step, is very exciting for everyone. Blockchain brings transparency, which means it can improve the experience for everyone who loves the ‘beautiful game’.”

Factom (FCT) Price Trades Above $13 And Anticipates Support From Bulls...

Govt. of Crimea Looks At Cryptocurrency Funds To Negate The Effect of...