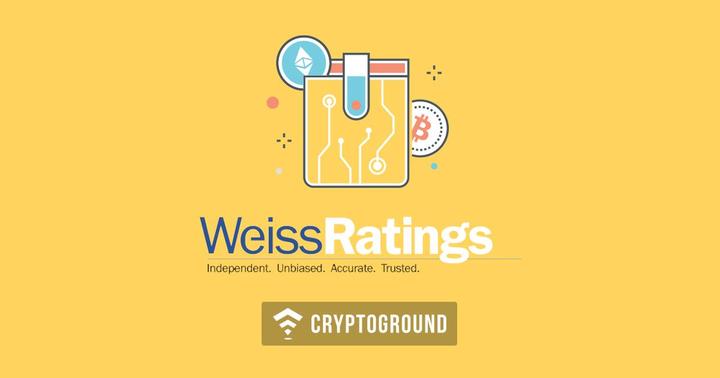 In a recent cryptocurrency ranking report by Weiss Ratings, Ethereum ranked higher than Bitcoin which elicited mixed reactions from the crypto community.

The report includes the rating for 74 digital currencies. Bitcoin had a score of C+ while Ethereum got a B. As the press release explains, “Bitcoin gets excellent scores for security and widespread adoption. But it is encountering major network bottlenecks, causing delays and high transaction costs.”

On the other hand, Ethereum clinched the top score due to its “more readily upgradeable technology and better speed.” Steem was another high performer that managed a B because it “enjoys a relatively good balance of moderate strength in nearly all the key factors considered along with a social network feature.”

Other currencies that were fortunate enough to get a B score are NEO, Cardano ADA and EOS. A majority of the big names including Ripple, Monero, Verge, Stellar, Zcash and NXT all scored various C grades.

The report claims to base its findings on a “groundbreaking model that analyzes thousands of data points on each coin’s technology, usage and trading patterns.” According to the Weiss founder Martin D. Weiss, Ph.D.,

“The market desperately needs the clarity that only robust, impartial ratings can provide.”

The coins got ratings on the basis of factors such as security, price risk, blockchain adoption and reward potential among others.

The Florida-based company which has a reputation of giving very few A grades explains that none of the cryptocurrencies deserved the top grade due to the fact that they are still an emerging asset.

Weiss is the first ratings agency in the mainstream to issue cryptocurrency rankings. It has been grading banks, insurance companies, mutual funds and credit unions since 1971 when it came into existence. At the moment, it ranks more than 55,000 investments and institutions.

Industry experts have a split opinion as to the reliability of the report. Elliot Prechter, the Head of Computer Analysis at Elliot Wave refers to it as a legitimization of cryptocurrency investment and says that it is a strong sign of trend maturation.

Al Zdenek, the Taust Sollus Wealth Management president, says that Weiss has been around for a while and appears to be respected. He however adds,

“I am not sure what it means to rank these companies. The speed of change in this space renders any ranking irrelevant after a few weeks. I would caution investors or followers of this rating to be very careful if you are basing investing on it.”

The former Ethereum co-founder Charles Hoskinson also expressed his disappointment at the report saying that “any rating that does not give bitcoin an A has got some screws loose.”