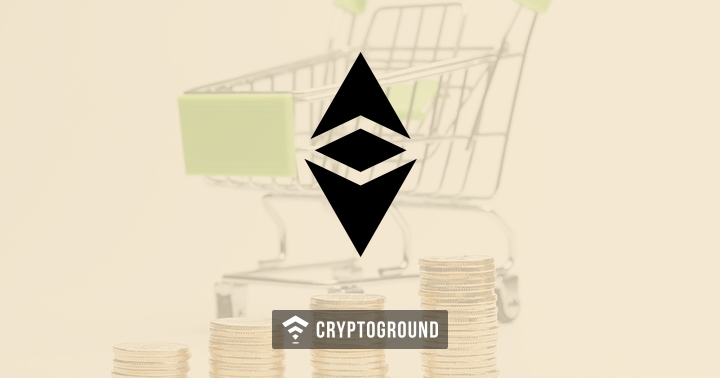 Among the biggest and the most popular names in the cryptocurrency markets, Ethereum has managed to wrestle its way back up to the second position in the list of cryptocurrencies by market cap. The market cap of Ethereum (ETH) has managed to once again surge past that of Ripple (XRP) and now stands at $15.6 Billion. In an update from the IEEE consortium, it has come to light that Ethereum is planning to reduce their energy consumption by 99% with the help of a code overhaul.

Vitalik Buterin, the co-founder of Ethereum hopes that if everything falls in place, by the end of the year, Ethereum’s energy consumption would drop to just 1% of what it today is. While mining for Ethereum consumes only a quarter to half of the electricity when compared to Bitcoin mining, it is still a lot. One can actually compare the electricity consumed by Ethereum with the entire electric consumption of Iceland. Buterin has even commented on this excessive consumption of energy, saying:

“That’s just a huge waste of resources, even if you don’t believe that pollution and carbon dioxide are an issue. There are real consumers—real people—whose need for electricity is being displaced by this stuff.”

2019, however, is a different year. This year, it is one of the biggest goals of Buterin to take Ethereum towards a more energy-efficient future. He plans to achieve it by bringing about a drastic change in the way the currency is mined. Ethereum’s ETH cryptocurrency is currently mined using a Proof-of-Work (PoW) mechanism - which consumes a large amount of energy.

Under a Proof of Work system, miners compete for verifying and adding the transactions to the Ethereum ledger. The miner who succeeds is rewarded with ETH cryptocurrencies as a ‘block reward’. However, the flaw in this system is that more your mining power, the faster you secure the transaction - meaning the higher the energy you consume, the more successful you are. PoW mining powers Ethereum as well as Bitcoin blockchains.

However, Ethereum has been working towards changing the PoW system on their blockchain platform for quite some time now - with the help of a different kind of a mining system, called the Proof-of-Stake (PoS) mining. Simply speaking, Ethereum wants to replace their existing PoW mechanism with a PoS mechanism.

Under a Proof of Stake system, instead of millions of miners competing for mining one block, Ethereum randomly allocates that block to one miner. Technically speaking, there are no ‘miners’ in this system - instead, they are known as ‘validators’. Each validator holds a ‘stake’ in ETH which is kept as collateral security, and the bigger the ETH they have, the more are the rewards that they get. However, if a validator is caught cheating in the validation process, the entire stake is taken away.

Moving from a Proof of Work system to a Proof of Stake system will decrease the energy consumption of Ethereum by 99%. However, that aside, it will also improve the security of the platform as each validator is identifiable and their account can be traced and destroyed in case of any discrepancy. PoS systems have been around for quite a while. The first such platform was conceived in 2012 with the Peercoin network. With Ethereum adopting this technology and replacing the energy intensive Proof of Work network, it is bound to get a major edge over its competition.

Stay tuned with us at Cryptoground for regular updates from the world of cryptocurrency and the blockchain technology!