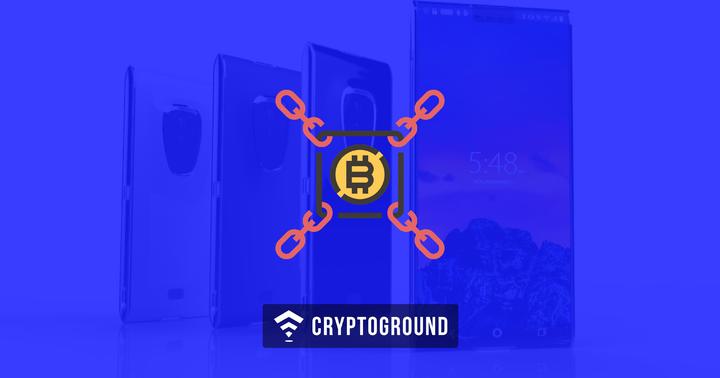 Cryptocurrency markets are going through major innovations! After spending years around clunky hardware devices, the crypto-biz is quickly moving towards your smartphones. Electroneum has now launched Electroneum M1, an Android smartphone that mines for Electroneum’s native ETN token on the phone!

Electroneum comes out into the markets with an 8GB storage (which can be expanded up to 32GB). The phone also supports 4G connectivity and runs on a Quad-Core 1.3 GHz processor. It also features a 5 MP camera on the back and a 2 MP camera on the front. These ETN tokens that the users mine can be utilized for paying online shopping platforms, mobile top-ups and also for regular shopping. At the time of this writing 1 ETN trades close to $0.0073 with a total market cap of $65 Million.

The Electroneum M1 is priced in at just $80 - and if left solely to mining operations (which promise as much as $3 a month), it can pay off for itself in 26 months. Electroneum plans to start selling this phone with their home country of South Africa. However, they also plan to expand into other developing countries (where they might price the phone lower, at $60.) Statements from company officials said:

“To start with we will be selling the M1 in South Africa, as this is our first launch market,” Nick Cook, head of operations at Electroneum, told CoinDesk. “The M1 will be sold through local vendors[…]South Africa was an obvious choice for us. We carried out a large survey in the country and found that 97 percent of those who responded said they would like to use ETN to pay for mobile airtime and data.”

The smartphone markets were largely untapped when it comes to cryptocurrencies and blockchain technologies. However, of late - a number of companies have started integrating these technologies together. Samsung and HTC being some of the biggest examples of this innovation.

HTC’s Exodus 1 smartphone was among the first major brands to introduce a built-in cryptocurrency wallet. This was followed by Samsung with its Samsung Galaxy S10 flagship device, which features the Samsung Knox cryptocurrency wallet! Others such as Sirin Labs have also been working on this front.

Stay tuned with us at Cryptoground for more news updates and stories from the world of cryptocurrencies and the blockchain technology!

100+ Bitcoin Quotes From The Book "The Bitcoin Standard" Which Will In...