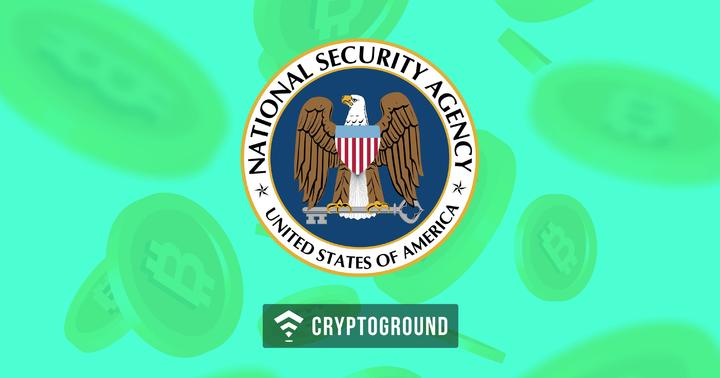 The National Security Agency is one of the most secretive yet controversial organizations of the US. Often jokingly accused to be ‘listening to you all the time’, this intelligence agency has now been asked a tough question - to which it has no straight answer. The NSA was asked if they created Bitcoins, as per a freedom of information request. However, the request was denied an appropriate answer.

For those who may be unaware, the Freedom Of Information Act (FOIA) allows American citizens to seek information from various government organizations. Under this act, a citizen questioned the NSA about their involvement in the creation of Bitcoins. The request asked the NSA:

“For any and all records pertaining to NSA’s involvement in Bitcoin, either as a consultant, or pertaining to the research teams involved in its creation.”

It must be noted that this letter was spotted by us on Trustednodes and neither the website nor we could come to a conclusion if this letter is authentic. However, for what it is worth, it does look quite real. 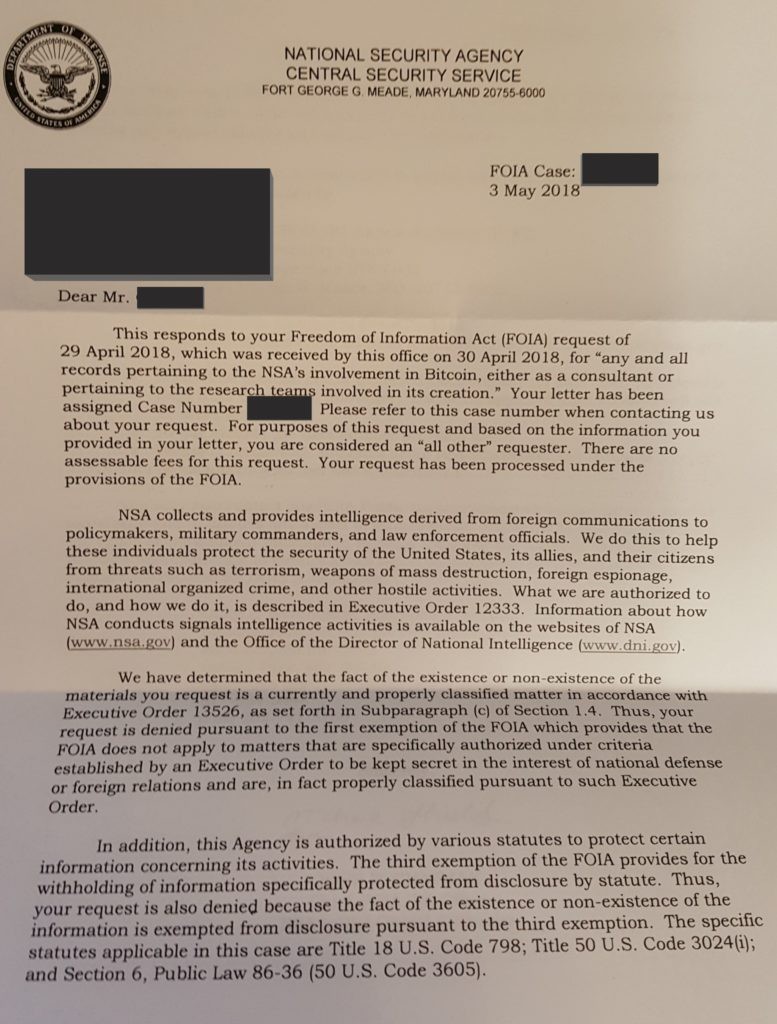 This has been a question which has been on the minds of several people over the years. Who is the real creator of Bitcoin? The name of ‘Satoshi Nakamoto’ is a pseudonym used by the creator or the group of creators of the Bitcoin - and the identity of Satoshi Nakamoto remains anonymous. Many suspect that the NSA know who Satoshi Nakamoto is, while there are many who believe that he might even be one of them - or that the NSA is involved with the creation of Bitcoin in some manner.

The name of Satoshi Nakamoto has been associated with a number of people in the past - but his identity has never been confirmed. Some have even claimed to be Satoshi Nakamoto to gain media attention over the years. However, could the NSA be involved in the creation of Bitcoins?

The NSA Declines to Answer

When confronted with this question, the NSA has declined to answer claiming that there is a provision in the act which allows them to refuse certain questions which deal with matters of extreme confidentiality keeping the nation’s security in mind.

Government organizations have the power to reject the request of information when it comes to certain matters of extreme confidentiality. The Obama administration allowed this exception when President Obama signed Executive Order 13526. It reads:

“Sec. 1.4. Classification Categories. Information shall not be considered for classification unless its unauthorized disclosure could reasonably be expected to cause identifiable or describable damage to the national security in accordance with section 1.2 of this order, and it pertains to one or more of the following:
(c) intelligence activities (including covert action), intelligence sources or methods, or cryptology.”

Considering that Bitcoin is a cryptocurrency, which deals with the matters of ‘cryptology’ - which is the art of writing and solving codes, which are critical to national security, it is allowed to decline to comment on matters pertaining to cryptology.

The NSA’s refusal to answer this question adds on to the mystery of the person or people behind ‘Satoshi Nakamoto’ - who flagged off a major technological and economical revolution!