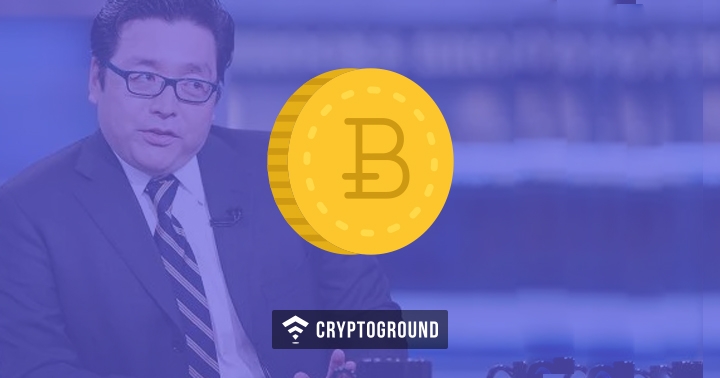 Tom Lee, the Head of Research at Fundstrat Global Advisors, has said that the Bitcoin (BTC) could surge to $25,000 as the year 2018 winds down, in a CNBC's Trading Nation show. Lee has based this assumption on the relationship between the price of BTC and BlackRock’s iShares MSCI Emerging Markets exchange-traded fund (ETF), which tracks large and mid-sized companies in emerging markets.

Lee, who owns bitcoin and has been among the biggest bulls on Wall Street, believes that a change in direction in emerging markets would signal a similar change in Bitcoin’s trend. Lee explained:

"Both [Bitcoin and Emerging Markets] really essentially peaked early this year, and they both have been in a downward trend. Until emerging markets begin to turn, I think in some ways that correlation is going to hold and tell us that sort of the risk on mentality is those buyers aren't buying bitcoin."

He contends hedge funds aren't buying risk when emerging markets sell-off. The recent trading activity suggests they aren't buying bitcoin either. But that bearish trend could be about to end.

Lee has been having a positive stance on Bitcoin. Earlier this month, he said that the bitcoin is the best house in a tough market. His earlier prediction at the beginning of the year 2018 was that bitcoin will hit $25,000 by the end of 2018 and $125,000 by 2022. His prediction is not limited to bitcoin alone as he also envisions a bright future for Ethereum and Ethereum Classic in the range of 90% by the end of the year to reach $1,900 and $60 respectively. He also says that NEO should grow by about 50% in 2018 to end the year at $225.

Bitcoin has seen a sharp fall of about 65 percent since December 2017 from $20,000 levels to currently at around $6000. Bitcoin's price remains low, despite a couple of positive developments in the cryptocurrency sector.  The US SEC officials have publicly labeled bitcoin as a commodity and in June made it clear that cryptocurrencies would not be treated like securities, The Intercontinental Exchange announced a partnership with major companies, including Starbucks and Microsoft, that will aim to create an open and regulated digital asset ecosystem 'Bakkt'. Crypto bulls say this development could help legitimize bitcoin.