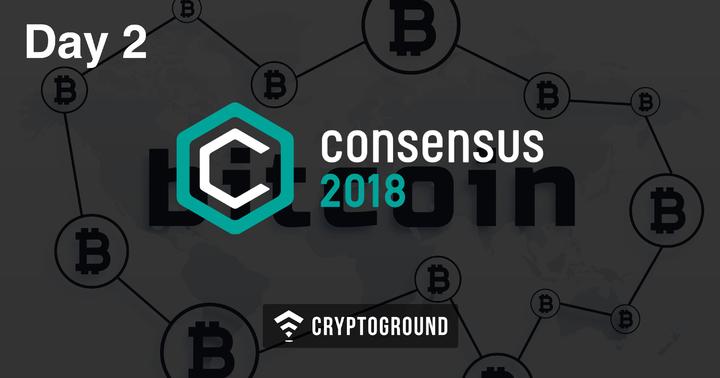 Coindesk’s Consensus 2018 event, which took place from the 14th to the 16th of May at the Hilton Midtown hotel in New York was the biggest gathering of those involved in the blockchain tech from around the world. With over 250 speakers and over 4000 attendees, the Consensus 2018 event was home to some big announcements as well as a number of standout speeches.

Due to the size of this event, several announcements were made over the three-day period which might have gone unnoticed. However, here’s a quick recap of the second day of the Consensus 2018 event - highlighting all the major announcements from the day.

In addition to the announcements made by Coinbase, another big announcement came from Amazon’s AWS (Amazon Web Services). AWS and Consensys have teamed up to make it easier for organizations to make use of blockchain systems. This project has been named ‘Kaledio’ and it would help increase global blockchain adoption!

Amazon just announced a partnership with Consensus to reduce friction to blockchain tech for all developers.

The big companies are getting behind the virus. No one can stop it 🚀

Deloitte presented their findings from a recent survey conducted across seven nations at the Consensus 2018 blockchain event. The findings indicate that 74% of large companies in these nations find blockchain technology to be quite impactful. U.S., China, Mexico, the U.K., France, Germany and Canada were the seven countries involved in this survey.

Founders of the cryptocurrency exchange Circle took stage at the Consensus 2018 event, announcing their latest cryptocurrency token pegged to the US Dollar - the US Dollar Coin (USDC). Circle recently raised funds worth $110 Million from Bitmain in a Series E round and is now evaluated at close to $3 Billion.

Another major announcement that took place on the second day of the Consensus 2018 blockchain event was that of Ripple’s Venture Capital fund Xpring. With Xpring, Ripple aims at improving the adoption of their XRP cryptocurrency and to project it as a platform for decentralized app development!

Enigma, a project which is working towards building privacy-focused blockchain tech and decentralized applications announced that they would soon be demonstrating their ‘Secret Contracts’ privacy technology. However, it appears that this announcement didn’t really help impact the ENG cryptocurrency as the prices of ENG fell by over 10% on that day.

Day 2 of #Consensus2018 was another #GreatDaytoBlockchain with plenty of fantastic conversations and presentations all around. We can’t wait for tomorrow! Here’s our recap so far: https://t.co/gcGfpQQtDu pic.twitter.com/Iolvz4oIof