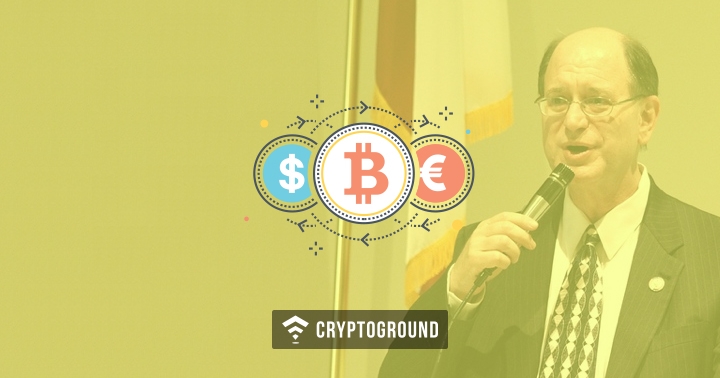 Recent statements made by Congressman Brad Sherman, a member of the Democratic Party who represents California's 30th congressional district in the House of Representatives, have upset the cryptocurrency community. Sherman, who believes that Bitcoins can’t achieve much - has now demanded a blanket ban on "buying or mining cryptocurrencies."

This is not even the first time that Congressman Brad Sherman has made such remarks on cryptocurrencies. In the past, he was stated saying “Cryptocurrencies are a crock.” He was critical of Bitcoin, Cryptocurrencies and ICOs back in his statements in March.

A Conflict of Interest?

Many have even alleged him to be biased in making this statement because the biggest political donor to his post-election term is a Credit Card company.

The organization that funds Brad Sherman is Credit Union National Assn - which is one of the biggest credit union lobbies in the US. A major chunk of the organization’s income comes from traditional means of banking. Cryptocurrencies pose a major threat to the long-term profits of such organizations and hence it is plausible that they may be using political muscle flexing to influence certain decisions which favour their business.

Moreover, it is not just the Credit Union National Assn, but multiple other names including the likes of Garghwal, Chan & Williams, Capital Group Company and Allied Wallet - which are helping Brad Sherman with a financial backing. To put things into perspective, Garghwal, Chan & Williams is a wealth management firm and the rise of cryptocurrencies also impacts their long-term success.

“[Brad Sherman] was so concerned about crypto users using cryptocurrencies for deceptive and illegal financial activity, yet his top campaign donation came from a company that had to forfeit $13.3 million to the US Government for facilitating illegal gambling.”

The fact that a Congressman being funded by these companies is lobbying for their cause could mean there is a major conflict of interest. As a representative of California’s 30th District, his primary role is to demand laws, regulations and changes which help benefit the citizens of his district. However, if proven to be pushing a personal agenda for private profits or political gains - it could lead to serious repercussions for the Congressman.