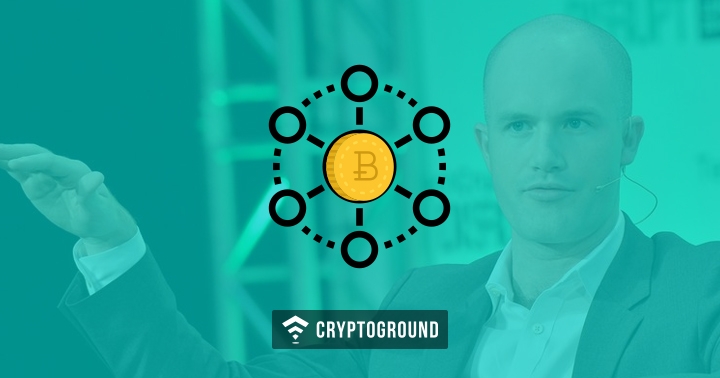 Coinbase CEO Brian Armstrong is an optimist even in a time when the cryptocurrency markets are going through their worst ever crash. In a recent interview at TechCrunch’s Disrupt Conference in San Francisco, Armstrong stated that he expects over a Billion people to become a part of the crypto ecosystem over the next five years. As of this writing, there are 40 Million people across the world involved in cryptocurrencies.

Coinbase is the biggest name in North America when it comes to cryptocurrency trade, and specifically for fiat-to-crypto trading. During the interview, Armstrong stated that he expects every major company to soon introduce its own token. These tokens would act as an alternative investment system. Armstrong expanded on this by saying:

“It makes sense that any company out there who has a cap table should have their own token. Every open source project, every charity, potentially every fund or these new types of decentralized organizations [and] apps, they’re all going to have their own tokens. We want to be the bridge all over the world where people come and they take fiat currency and they can get it into these different cryptocurrencies.”

The Coinbase CEO further added that if this tokenized future that he envisions indeed becomes a reality, Coinbase might add ‘hundreds’ to potentially ‘millions’ of new tokens in the future. The addition of these cryptocurrencies and tokens, as per Armstrong, would steer Coinbase towards newer heights - and as Armstrong puts it, make it larger than financial bodies such as the NYSE (Currently an investor in Coinbase) and NASDAQ.

These are some bold statements by Armstrong - as the exchange currently supports only five cryptocurrencies: Bitcoin, Bitcoin Cash, Ethereum, Ethereum Classic and Litecoin. The company has also been exploring the possibility of introducing at least five additional cryptocurrencies.

Armstrong also addressed the topic of regulations - which has been one of the biggest questions in the cryptocurrency industry, globally. Armstrong stated that when it comes to the question of regulations, there is still a big question mark in the industry and more clarity is indeed needed - particularly considering the fact that a large number of these new tokens that he foresees might be securities.

“We do feel a substantial subset of these tokens will be securities. Our approach has always been to be the most trusted [exchange] and the easiest to use. So we want to be the legal compliant place where you can start to trade these tokens that are classified as securities... Web 1.0 was about publishing information, web 2.0 was about interaction and web 3.0 is going to be about value transfer on the internet because now the web has this native currency and so applications can be built that instantly tap into this global economy on the internet.”

This statement from Coinbase CEO Brian Armstrong comes just a day after the company announced that it will introduce four more GBP to Crypto pairs in Europe (ETH/GBP, LTC/GBP, ETC/GBP and BCH/GBP). At the moment, only BTC/GBP is supported in the European markets, but the introduction of these new currencies would open more avenues for the traders based in Europe.