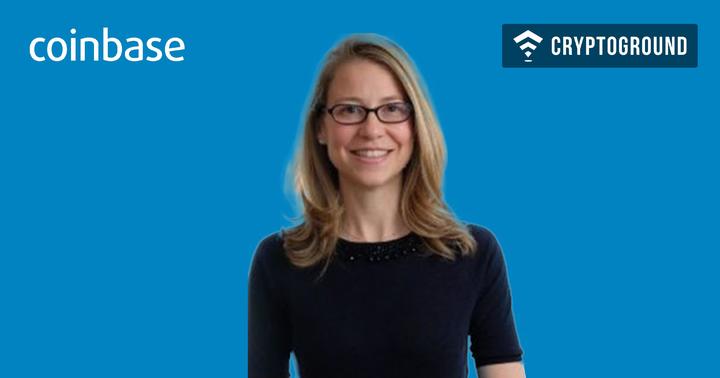 Coinbase has hired Aleisa Haas, who was previously working as the CFO of Hedge Fund Firm Oz Management, as their first ever CFO. This announcement comes just one day after another high-profile hiring - that of Balaji Srinivasan as the first CTO of Coinbase. Haas is expected to help Oz Management with the transition till the 1st of June, after which she will take up the full-time role of Coinbase CFO.

Haas is a well-known name in the finance industry and has worked as the CFO and head of strategy of OneWest Bank. Other than that, she has also worked with reputed organizations such as Merrill Lynch and General Electrics at senior positions in Finance and Investment. Following the departure of Aleisa Haas from Oz Management, Thomas Sipp will take over as the new CFO.

Usually, the hiring of a high-profile CFO comes months before companies go public. While Coinbase has not revealed any such ambitions so far - it might just be on the cards for the company. Reports in the past had indicated that Coinbase had been actively looking for a CFO for quite some time and they were finalizing their talks with candidates in February.

Coinbase has been a company which has shown an active interest in working with high-profile names in the Fin-Tech sector. The company acquired Earn.com primarily because they wanted to work with Balaji Srinivasan. Another similar acquisition took place when Coinbase acquired Cipher to get reputed developer Peter Kim to work with them. Now that Haas is on-board with the company, Coinbase has established a team of some of the best names in the industry.

Coinbase President and COO Asiff Hirji welcomed Haas with a blog post while Coinbase CEO Brian Armstrong said in a statement: "As a fintech (financial technology) company, finance is core to everything that we do. We plan to continue bringing the best and brightest from both finance and technology companies to help create an open financial system for the world."

Over the past few months, a number of major names from the world of finance and banking have been becoming a part of the cryptocurrency industry. A Goldman Sachs exec was recently hired by Blockchain wallet as the head of institutional sales and strategy. Another Goldman Sachs exec was hired as the COO of Galaxy Digital.

With these high profile names joining the company, Coinbase continues to grow with every passing day - even when the cryptocurrency markets are going through a slowdown. Over the past year, Coinbase recorded a revenue of over $1 Billion! 2018 is expected to be even bigger with these fin-tech giants now working with the company.