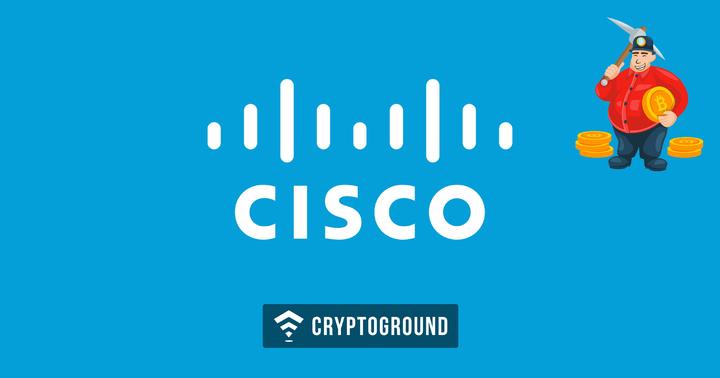 Cisco, the American multinational tech conglomerate, has been awarded a patent blockchain system to track Internet of Things (IoT) devices. This could find possible applications in bitcoin mining.

The patent was filed back in September 2015, and according to the U.S Patent and Trademark Office (USPTO), the invention aims for “an invention that could enhance the efficiency of IoT(Internet of things) networks.” The patent mainly revolves around creating computing power for a cloud application by a user by redistributing resources. This cloud can be further used for other purposes, as stated by Cisco:

"This model is suitable for, among other things, offering distributed processing and services that can be optimized for speed, volume, scale and resiliency, cost, and regulatory compliance--for example, distributed neighborhood theft protection systems, or cluster, city or municipality county relevant services... One such case involves bitcoin mining, which may be very computational intensive and is typically more convenient for every participant when done in 'mining pools.'"

Cisco is one of the leading tech firms researching on applications of the blockchain technology, especially in the area of IoT.  Throwing more light on this, Cisco Systems mentioned :

“Particularly in the context of IoT and similar networks, the identity and management of the device is a key element for a viable end-to-end solution. Depending on the particular use case, a 'thing' may have to register or authenticate its identity with different service enablers that may use several service-specific procedures.”

The patent explains how computers can use excess or unrequired energy to power a number of activities, including the cryptocurrency mining process, which is quite a power-consuming process. The tech giant also claims that its system is immune to certain forms of attack as well as easily scalable. “The service provider can use geographic distribution to offload or optimize network loading, as well as to resell large-scale, low-cost computing and storage capacity”, they said.

This is not Cisco’s first time using Blockchain technology for innovations. In 2016, the company, through a partnership with Blocko Inc. of South Korea used a blockchain system to authenticate and validate identities and documents. It recently became a member of Trusted IoT Alliance and Enterprise Ethereum Alliance foundation.

Chainalysis claims that 64% of Ransomware Attackers Launder their Ille...