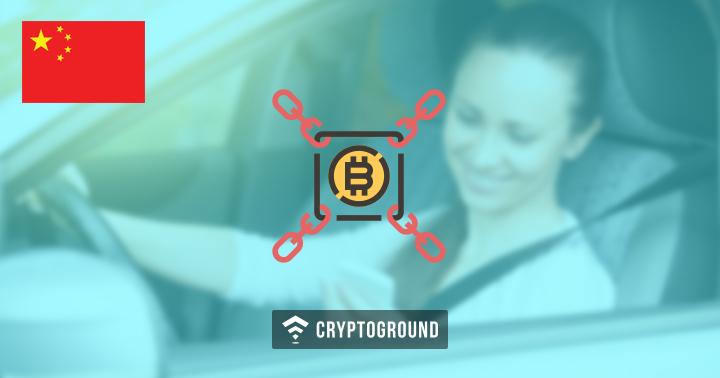 In China, two entrepreneurs have teamed up to develop a blockchain-based ride-sharing service. The announcement was made by the duo of Weixing Chen and Yang Jun at the China International Big Data Expo 2018 - where they announced this concept, also adding that they would include (but not limit to) ride-hailing and delivery services.

The two are quite experienced when it comes to handling projects such as these. Chen Weixin was the founder of the Chinese ride-hailing app Kuaidi Dache and is no stranger to the ride-hailing markets. Yang Jun the co-founder of Meituan is also a popular name in the Chinese tech circles. For those who may not be aware, Meituan is among the largest group-discount apps in China. Together, the two now have their eyes set on revolutionizing the ride-sharing markets with this new blockchain-based platform.

In an interview with China Money Network, Weixing Chen stated that

“Ride hailing is the first time blockchain will be tested on a social application on mass scale.”

“I’ve been asking myself what’s the value of the blockchain. My definition is to see whether and where people can actually use it. With the use of blockchain, we can build a set of economic systems different from the previous ones…We can direct traffic from the Internet and add on different services to meet users’ needs.”

Over the years, Uber has proven to be among the most successful startups. The company has become a global giant with billions of dollars flowing through its systems. Ride-hailing as a service has become quite popular and various companies around the world have replicated the Uber model of success.

As of this moment, neither of the two have provided any timelines for the project. The duo hasn’t even talked about which blockchain platform would they be using to develop this service upon. However, given the reputation of the people involved - it is expected to indeed be an exciting project.

In addition to being the founder of Kuaidi Dache which later got acquired by Didi, Chen is also a well-known investor in blockchain and crypto-based projects. Chen has invested in at least a dozen such projects - including major names such as Binance and Huobi.

While there has been a significant progress in introducing the blockchain tech to the automobile industry - this is the first time that this technology is being used to power a ride-hailing service. In the past, we have seen the likes of Ford, BMW and Porsche, among other car-makers introducing blockchain tech in their systems. It will be interesting to see how blockchain helps improve and innovate this sector.