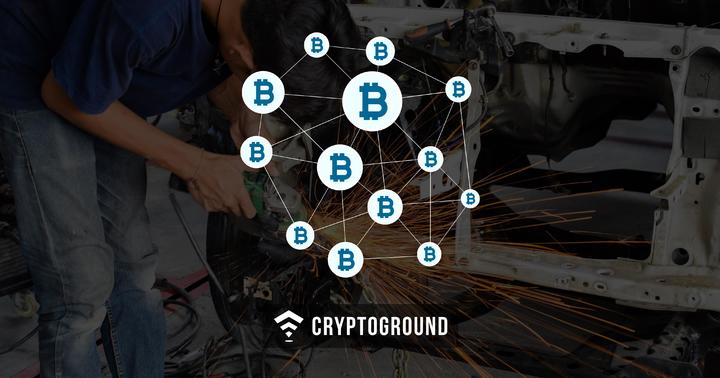 With blockchain technology finding more and more domains, implementing it in cars might be the latest. Blockchain, the distributed ledger has numerous advantages including transparency, decentralization, data safety (data is almost tamper proof) and security due to encrypted data which makes it useful in the automobile industry.

The group’s primary objective is to accelerate blockchain adoption by the automobile industry, with applications ranging from ride sharing to payments. MOBI is working towards making “data self-sovereign and giving the consumer the control over their data property rights”.

In February this year, Porsche became the first automobile manufacturer to use blockchain in their cars. Porsche partnered with XAIN, a Berlin-based startup to test blockchain implementation for their vehicles.

For the automobile industry, blockchain can be used for locking and opening doors through a mobile application up to six times, improving business models by encrypted data logging. Porsche further said that Blockchain could be applied to improve safety and better features in self-driving cars. Such a system would be risky and prone to data hacking and tampering, but a tamper-proof decentralized system like blockchain ensures security.

The companies see great potential for car owners to use blockchain to pay for the electricity to charge electric cars. Every time the user charges the vehicle, a smart contract on the blockchain would deduct the exact amount of money from the users' account and transfer it to the charging station. The financial application would include paying off your car bill. A smart contract would be created that would send your car payment every month and stop once the total amount is paid. This could go for every financial transaction or monthly costs involving your car.

Other areas in which blockchain could find great potential use would be to maintain data in the ledger to communicate with automobile companies. This would ensure data transparency and safety. Data mentioning which parts were serviced, which tests were conducted and when could be shared through blockchain. This will be improving customer services and make maintenance smoother for car users. This ledger can also be maintained in conjunction with insurances. With a car’s information and previous history detailed out in the blockchain database, it will be simpler for buyers to pick up use cars more effectively.

Other companies in the automobile industry have also been experimenting with blockchain technology. In 2016, Toyota joined the R3 CEV Consortium, a distributed database company. Toyota is expected to implement a blockchain technology for automotive supply chain management and connected car systems.  The software giant IBM, who’s also one of MOBI’s founders, is working on a “Car e-wallet” that would enable a method for secure transactions at charging stations, toll stations and parking lots.