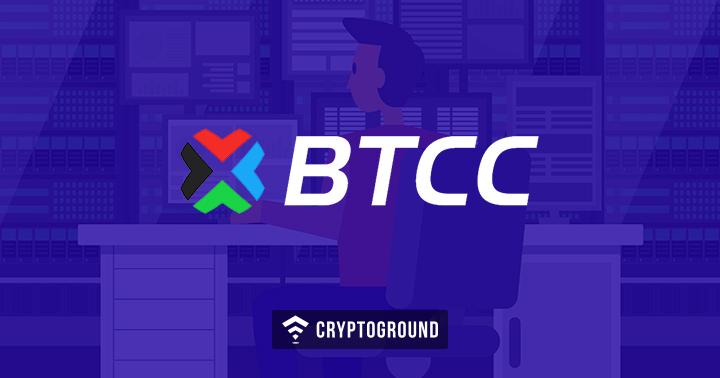 BTCC announced today that their new cryptocurrency exchange is now live, allowing trading of Bitcoin, Bitcoin Cash, Ethereum and Litecoin. This move comes as no surprise as BTCC had announced the re-launch for late June. These currencies are available as crypto-to-fiat as well as crypto-to-cash pairs. BTCC commented that they are planning to add more cryptocurrencies in the near future, as well as support for ERC-20 tokens. However, the highlight of this re-launch is that BTCC now intends to start off with their own cryptocurrency token as well.

This has been an approach a number of other cryptocurrency exchanges have taken in the past. Binance with the BNB token and KuCoin with KCS have been quite successful. Other names such as Bithumb have also been planning to introduce a similar cryptocurrency token for their exchange. These tokens help the exchange gain capital as they use them to offer discounts on withdrawal fees.

Moreover, this new and improved BTCC exchange website now rewards users for signing up, completing identity verification and for trading. The exchange is incentivizing trading to ensure a higher participation from the users. BTCC’s vice president of international business Aaron Choi commented on this re-launch to online publication CCN, stating:

“A soft launch has already been made and we decided to go ahead with the BTCC points system that will be fully convertible to BTCC tokens. We wanted to give something back to the community which has supported us through a rather difficult period.”

He further commented on the addition of cryptocurrency pairs, stating:

“Initially, we started trading with just Bitcoin/USD pairs and eventually added Ethereum, Litecoin and Bitcoin Cash. We will be adding further coins according to what our customers tell us although these will probably be Top 10 anyway”.

BTCC is working towards three major aspects - that of the cryptocurrency exchange itself, their mining pool, as well as their mobile wallet. However, while the exchange has been revamped - it was reported last week that BTCC plans to sell off 49% of their equity in the mining pool business to a Hong-Kong based asset management firm.

September would mark a year following China’s draconian policy of banning all domestic cryptocurrency exchanges. This announcement led to a major crash last year when the prices of all the cryptocurrencies fell. However, this ban was also responsible for the biggest cryptocurrency bull-run of all times as the markets soon recovered and the Bitcoin bull-run managed to take the price beyond $19,500 over the next three months.