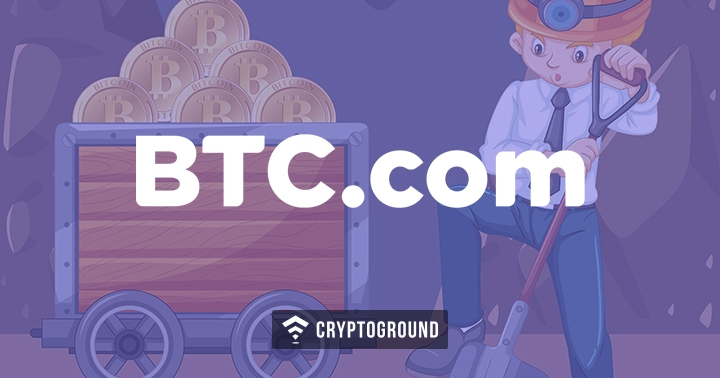 BTC.com - the largest Bitcoin mining pool in the world, which helped mine over 21% of all the Bitcoins mined in the past year, has now announced that it will support Ethereum mining as well. Any cryptocurrency miner can vouch for the fact that mining pools are one of the most important components of the cryptocurrency mining process. This is a big announcement from BTC.com Pool - which, as of this writing, accounts for 16% of the total network hashrate when it comes to Bitcoin mining.

The platform announced that their pool will support both, Ethereum (ETH) as well as Ethereum Classic (ETC), as both are mined on the same Ethash algorithm. Moreover, the users will also have the ability to switch between the two currencies to enhance profitability. The company has set a target of attaining a 12% of ETH’s total network hashrate over the next 12 months.

“Because contracts are charged per line of executed code and miners are rewarded for dedicated hashes using GHOST, Ethereum provides multiple different reward incentives to contribute hash power to the network. We hope to expand Ethereum’s network by relaying those rewards through our FPPS system. By competing to provide the best reward margins along with our product development, we expect mining operations to grow to 12% of ETH total hashrate in the next 12 months.”

Could This Move Be A Bitmain Strategy?

There was a major dissent within the Ethereum community asking for a fork to maintain ASIC-resistance. However, many also believe that ASIC resistance is bound to fail in the long run. The fork hasn’t taken place yet. With this shift to ASIC Mining, Ethereum would be able to be mined at a much faster pace. As of now, the currency is being mined using GPUs, but ASIC devices offer a major leap in terms of processing power and mining speed.

Moreover, the fact that Ethereum’s Casper protocol, which is all set to take the currency from being a Proof-of-Work based currency to a Proof-of-Stake based currency is not bothering Bitmain as the company is confident that this change in the consensus mechanism isn’t really going to affect them much. Commenting on Ethereum’s planned switch to Proof-of-Stake consensus mechanism, Zhuang Zhong said:

“it’s still possible to host a mining pool in PoS mode. It will increase the complexity to design such a pool since miners need to deposit ether to the mining pool, but we have a lot of hands-on experience with wallet and Ethereum smart contracts to make a PoS mining pool possible.”

With BTC.com now supporting Ethereum mining, it all ties-in back to Bitmain breaking through the ASIC-resistance of Ethereum. It will be interesting to see if this results in a rise in the sale of Bitmain’s ASIC Ethereum miners. Bitmain, which is expected to file for an IPO in the Hong Kong Stock Exchange in the weeks to follow, has been in the news quite frequently. The company recently announced the launch of their 18 Th/s Bitcoin miner - the Antminer S9 Hydro and has been raising capital to boost their IPO approval chances.