Bitcoins Worth $50,000 Scammed From Australian Citizens As Fake Tax Debt 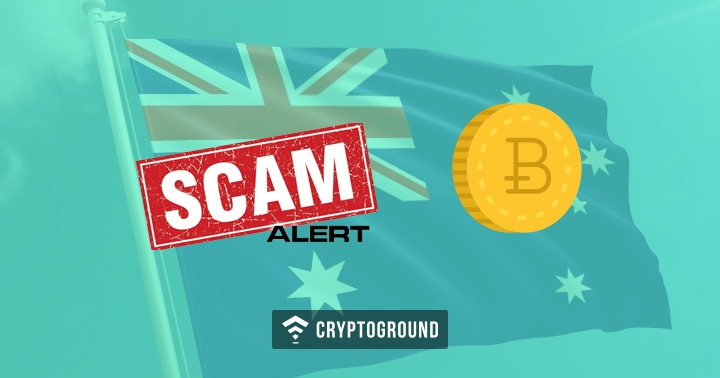 With the rise in awareness around cryptocurrencies, there has also been a rise in cryptocurrency-related crime. One of the latest incidents of crypto-related crimes has now been reported in Australia, where victims have been duped of $50,000 in a Bitcoin ATM scam. Victims in this scam were forced to pay non-existent tax debt.

Reports from Australia reveal that at least four victims from Eastern Melbourne were duped by this scam and a sum north of $50,000 has been stolen by the means of this Bitcoin ATM fraud. However, this scandal didn’t really have anything directly to do with the Bitcoin ATMs, but the ATMs were actually used as a medium of paying the perpetrators.

Basically, the perpetrators called up the victims and told them that they were calling them on behalf of the tax authorities. These scammers would then convince the victims that they have an outstanding tax payment - and that if they don’t pay the authorities in time they might even face a legal action and possibly serve jail time. In order to make this tax payment, the victims were asked to deposit a certain amount of Bitcoins to a Bitcoin address making use of a Bitcoin ATM located in Braybrook.

These kinds of scams are pretty common across the world and the ‘overdue taxes’ narrative has been tried and tested by scammers and conmen from around the world. In the past, they would take electronic payments - however, with Bitcoins - they now have a more anonymous channel to get their funds and those paying will never be able to trace who they are sending the funds to. The victims pay the funds expecting this money will go to the tax authority, but instead the scammers run away with these funds.

Reports further point out that the local police suspect that there might actually be more people affected by this scam who are yet to report about it. The police further stated that people who are most likely to become a victim of such a scam are those who are worried that if they don’t pay the said taxes on time, their immigrant status in the country might be threatened or that their visa may be cancelled. The police further added that no government authorities would ever ask the citizens to deposit tax money into an ATM. Acting Detective Sergeant Katherine Lehpamer commented on this matter, saying:

“We believe that there are a number of victims out there who have not reported the matter for one reason or another, they may be here on visas or they are not aware that authorities would never tell them to deposit money into an ATM...Anyone getting a call along these lines should make enquiries with the relevant authority before paying any money or giving any banking or personal details over the phone.”

While some countries are proposing bills to accept cryptocurrency payments of taxes, Australia is not one of those nations and taxes in the country cannot be paid in cryptocurrencies! Authorities have alerted individuals to always double-check any such calls that they get and to never deposit money they are asked to pay to the government into cryptocurrency ATMs.