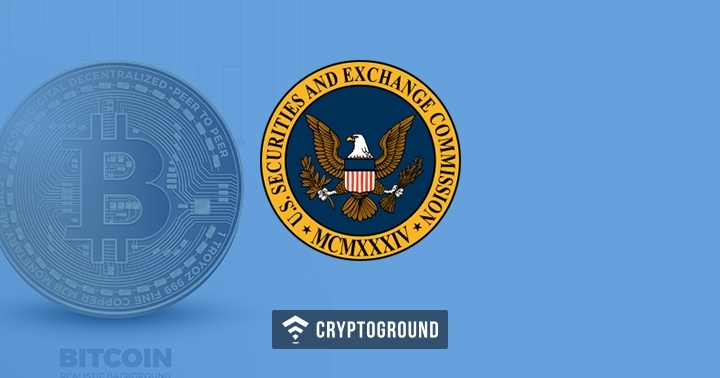 Earlier this year, the proposal for a VanEck-SolidX Bitcoin ETF was withdrawn by the CBOE BZX Exchange. The aforementioned proposal was being reviewed by the United States Securities and Exchange Commission (SEC) for several months - and a final verdict was expected in February 2019. However, before the final decision could come, the proposal was withdrawn. Nevertheless, another proposal has now found its way into the SEC - this time filed by NYSE Arca along with Bitwise Asset Management.

This proposal to make changes to the rules to include Bitcoin ETFs was filed on the 11th of February, 2019. The SEC accepted this petition and announced that it has begun to review it on the 15th of February. This comes as no surprise, as NYSE Arca and Bitwise Asset Management had expressed their intent to file the proposal earlier this year - however, their plans got delayed due to the government shutdown.

This gives the SEC 45 days to accept, reject or extend the proposal. The SEC can continue to extend the proposal multiple times for 45-day periods for 240 days, after which they have to give a decision. Moreover, any members of the general public who wish to comment upon this proposal have three weeks to do so.

The NYSE Arca, which claims to be the first all-electronic exchange in the US, would list the Bitcoin ETF if the proposal is accepted by the Securities and Exchange Commission. This proposal filed by Bitwise Asset Management and NYSE Arca is different from various other similar proposals that the SEC has reviewed in the past.

First off, the value of the fund will not be based on contracts that had to be settled in cash in the past. The value of the fund in this proposal filed by Bitwise Asset Management and NYSE Arca would be based upon the spot prices as observed in various cryptocurrency exchanges.

In addition to the method of determining the value of the fund, this new proposal also brings in another change: regarding the custody of the Bitcoins. In the past proposals, Bitcoins were held on exchanges or on personal bank accounts. However, in this new proposal, Bitcoins will be stored via using third-party custodian services.

Over the past few months, the topic of Bitcoin ETF has become a matter of hot debate. The SEC has not approved any Bitcoin Exchange Traded Funds as of this writing. In the past, names such as Gemini (owned by the Winklevoss twins) have tried their luck - but got rejected twice. Nevertheless, they have claimed that they will continue trying, “even if it takes six years.”

The VanEck SolidX proposal seemed the most likely candidate to get the approval from the US SEC. However, after over half a year of being extended by the SEC, the Cboe exchanged withdrew their application. The official reason that was stated by the Cboe was the fact that they did it because of the government shutdown.

Back then, the general assumption was that the government shutdown would seemingly last for an indefinite period of time. During that time, the SEC, like most government organizations, was understaffed. If the shutdown went beyond the 27th of February, that would mean the last date for making a decision would have lapsed and the proposal would have been approved automatically.