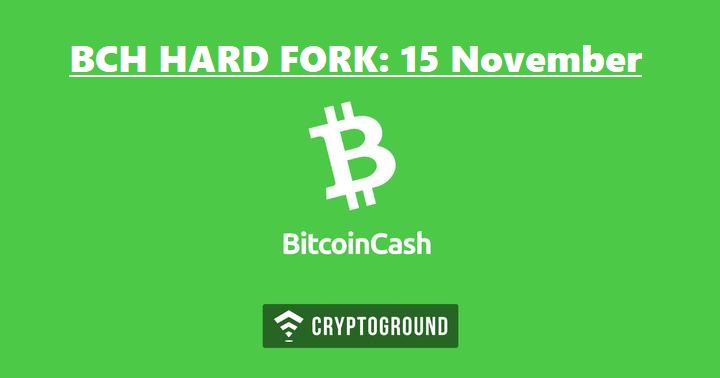 The upcoming Bitcoin Cash (BCH) hard fork is all set to take place on the 15th of November - and the cryptocurrency markets are abuzz with excitement, speculations and rumours about what awaits them following the fork. Moreover, considering the fact that this is the first time that the fork is being carried out without a proper consensus in the BCH community, it makes the event quite controversial as well as important for the investors.

What is a Hard Fork?

A hard fork takes place when the mining nodes and the client nodes of a blockchain network fall into a disagreement over certain protocol-related issues, but continue to operate out of the same blockchain. Hence, two factions with opposing views function on the same platform and under a shared network.

This is what differentiates soft forks from hard forks - as soft forks are usually carried out to bring in some modifications over the existing chain. The best way to understand a soft fork is basically how Dash was created out of the Bitcoin blockchain soft fork. A hard fork however, arises out of a major difference in opinions and often results in a chain split - such as that which happened between Bitcoin and Bitcoin Cash last August, resulting in the creation of BCH.

Bitcoin Cash is no stranger to forks. Their blockchain has forked rather regularly, and it has always forked under a consensus. However, this time - there is a lack of a consensus which is likely to lead to the BCH blockchain splitting into two independent blockchains and the creation of a new digital asset (the same way BCH was created after separating from BTC).

This Bitcoin Cash hard fork is all set to take place on the 15th of November, at 4:40 PM UTC. Mark your calendars.

Back in July of the year, Amaury Sechet, a Bitcoin Cash developer with Bitcoin ABC proposed a new change to a planned upgrade. This change that Sechet proposed was about ‘pre-consensus’, where Sechet explained his vision as "a set of technologies allowing network participants to agree as much as possible on what the next block is going to look like." This has been a major point of debate for the Bitcoin Cash community and has polarized the network, forming a strong group of supporters as well as a strong group of detractors. Craig White has been one of the most notable voices criticizing this upgrade.

There’s a strong chance that this upgrade will be carried out despite the outrage. This is because of the fact that Bitmain, the Chinese cryptocurrency mining equipment manufacturer, which has a massive BCH holding, supports the ABC upgrade. This is expected to be the swing factor which will help ensure that pre-consensus passes through, thereby resulting in the detractors splitting from the chain.

In the opposing side is Craig Wright, as well as CoinGeek, which is another player in the cryptocurrency mining industry. Following this fallout, Craig Wright came out with his ‘Satoshi Vision’ proposal, where he suggested a 128MB block size for the Bitcoin Cash network. This dissenting camp believes that Bitcoin Cash implementing the ABC update, which brings in pre-consensus, is bad for the investors and the members of the community.

Consider this: as of this writing, BCH is the fourth largest cryptocurrency in the markets. However, following the split, a number of BCH users and believers of the Satoshi Vision protocols are likely to move on to the new chain - taking away the investment from BCH to the new platform. So while a short-term impact on BCH and the new currency can be gauged - a long term impact

Investors are advised to not carry out any trade around the time of the fork as well as for some time after the fork and to wait for the confusion to settle. Another major problem with this Bitcoin Cash hard fork is that there is no native replay protection that has been provided. This means that it is possible for coins of one network to be received on another making use of transactional details. Hence, it is best advised not to move much of your currencies around till after the dust has settled.

Before Bitcoin Cash split from the Bitcoin Core blockchain, members of the Bitcoin Cash developers community were champions of the cause of allowing splits to take place and about a democratic means of carrying out a fork. However, now that this split is taking place, backers of Bitcoin ABC such as Roger Ver are looking forward towards having a united front and carrying out this upgrade with full support. This has led to a clash between Roger Ver and Craig Wright, with some ugly words being exchanged between the two.

Conclusion: A Split in BCH

Two clear camps have formed. On one side there’s Roger Ver and Bitmain backing the Bitcoin ABC upgrade - and on the other hand there’s Craig Wright along with CoinGeek, backing the Bitcoin SV (Satoshi Vision) upgrade. With four days to go, it appears that there is no mid-ground that can be reached between the two parties - and that a split is bound to take place. Stay tuned with us at Cryptoground for more updates about the Bitcoin Cash hard fork and the aftermath of it.