Binance Has No Plans to Launch an IPO, CEO Clarifies 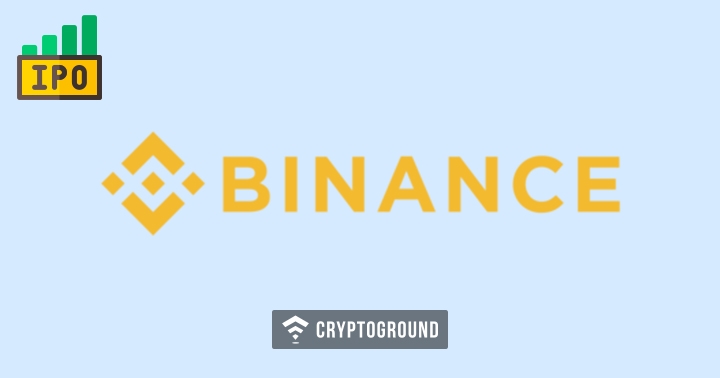 Of late, a number of cryptocurrency platforms and firms have been planning to launch their Initial Public Offering and enter the mainstream markets and stock exchanges. With Bitmain and Canaan creative gearing up to launch their IPOs, it is an interesting time for cryptocurrencies as an industry. The latest in the line is the cryptocurrency startup, Robinhood which talked about a similar matter today. Binance, however, has stated their intentions - the company does not plan to launch an IPO any time soon, as per the CEO Changpeng Zhao.

There were several rumours in the markets that Binance plans to launch an Initial Public Offering soon. These rumours were particularly fuelled after the company hired Wall Street executive Wei Zhou as its Chief Finance Officer this week. However, the CEO clarified that this was not the case.

Changpeng Zhao clarified this in a Tweet which read:

#Binance have no plans for IPO, but that doesn't make those experiences less valuable in our new industry. On the contrary, those are very much needed. We are always looking for top talent, from traditional finance, internet ... any industry and anywhere in the world!

Often when cryptocurrency companies hire top talent for the CFO position, the media tends to assume that they might be exploring the possibility of launching an IPO. Similar rumours began to pop up for the Coinbase cryptocurrency exchange earlier this year when the firm hired Alesia Haas as its CFO. When it comes to Binance, the company doesn’t really have a specific need to hire a CFO only for the purpose of getting them through an IPO. It has to be noted that the company’s CEO Changpeng Zhao has helped two startups with the IPO process in the past.

While the CEO has claimed that the company has no plans for filing an Initial Public Offering anytime soon, Binance has been going through an aggressive expansion strategy of late. The company made their first official acquisition last month when Binance took over Trust Wallet.

The company has also been investing heavily in cryptocurrency businesses and startups such as blockchain based sports platform ChiliZ - as well as towards developing the cryptocurrency economies of Malta and Bermuda. Earlier this year, Binance announced that they will be moving their operations to Malta. In July, Binance opened their first-ever fiat-to-crypto exchange in Uganda.

Binance, which completed its first year in the markets a couple of months ago, continues to impress investors even at a time when the cryptocurrency markets are going through a major slump. The company expects that they would make a profit of $500 Million to $1 Billion in 2018 despite the market slowdown. Binance CEO Changpeng Zhao had even hinted on Twitter earlier this year that while most of the year has been rather slow, he expects September-December to be the time of the much-awaited bull-run.

With Binance stating that it does not intend to launch an IPO, it would be interesting to see where the company goes from here! Stay tuned with us at Cryptoground as we bring to you the latest news from the world of cryptocurrencies and blockchain technology!