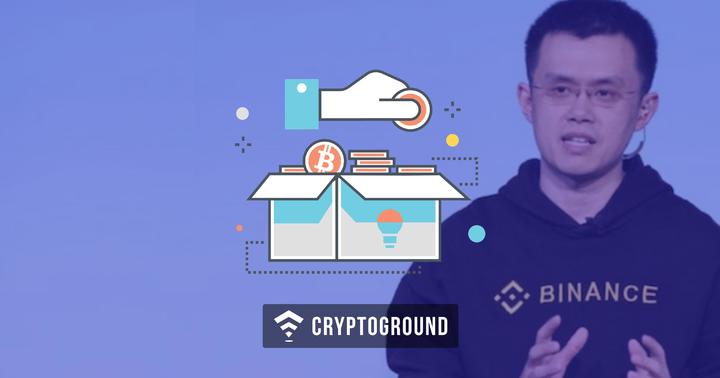 Binance CEO Zhao Changpeng has been one of the most vocal names when it comes to the world of cryptocurrencies. Popularly known as ‘CZ’, the Binance CEO has come out in support of ICOs - and stated in a blog post that ICOs are ‘100 times easier’ than compared to traditional VC fundings.

ICOs - Initial Coin Offerings - have been a highly controversial matter in the world of cryptocurrencies, mostly due to a rise in exit-scams and Ponzi schemes. However, despite this, there are some ICOs which have been very successful and have resulted in massive growth for the companies which have raised them. Governments too, have been highly sceptical when it comes to ICOs.

Zhao, however, seems to be quite positive about the future of ICOs. In his blog post, Zhao said: "raising money through ICOs is about 100 times easier than through traditional VCs, if not more."

This statement from Zhao is likely to ruffle a few feathers as it comes from the man who manages the largest cryptocurrency exchange on the planet. Zhao has been a firm believer in ICOs over the years. Binance raised $2 Billion in six months, making them the fastest growing unicorn startup in the world - and a part of this came from the Binance Coin ICO.

What makes this recent statement from Zhao even more controversial is the fact that Binance has been in a conflict with US-based Venture Capital firm Sequoia. Sequoia alleges that they were to invest in Binance and a deal was finalized - but Binance went ahead and started talks with other investors. Sequoia has sued Zhao in Hong Kong over this.

In his blog post, Zhao stated that a large number of Venture Capital firms have no idea about what they are investing in. Here’s a statement from CZ where he blasts these VC firms:

“I find the vast majority of “professional VCs” have no clue about the projects or field they invest in. Many of them have zero startup experience and don’t even have a basic understanding of the technologies involved their fields. Many VCs don’t use the products of the companies they invest in. Today, there are probably more of these “professional VC funds” than there are startups.”

Zhao Addresses the Limitations of ICOs

While he believes that ICOs are a powerful tool for raising funds for crypto startups - the fact of the matter is that the ICO industry is marred by a number of scams and by a high rate of failure. Zhao states that the law enforcement needs to step up and curb out these fraudulent players from the markets. He says that fraudsters still make use of calls and e-mails to scam people - but that does not mean we stop using those technologies and same is the case with ICOs.

Zhao also addressed the high rate of failure that ICOs tend to have, stating that even traditional startups tend to fail - and those investing in them know of the risks that they may face. However, he holds a belief that ICOs will be more successful than traditional VC-funded projects. This is because the founders spend less time raising capital and more time on developing the project, as well as because ICOs help the product gain an initial user-base as the investors are also the users of the product!