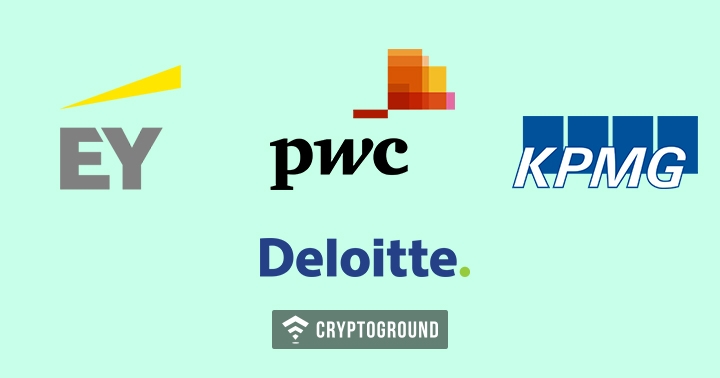 Deloitte, KPMG, EY and PwC are names which everyone in the world of business and finance is familiar with. The biggest auditing companies in the world, these four international accounting giants handle the accounts of governments and multi-billion dollar organizations. While professionally, a collaboration between the four is highly unlikely, all the members of the ‘big four’ have been brought together to test a blockchain-based auditing service in Taiwan.

These auditing firms are working together with 20 banks in Taiwan to test a blockchain-based auditing service. This blockchain platform has been created to make it easier to audit the interim financial reports of public companies. Based on reports from the local media, this blockchain-based trial, if successful, will empower auditing firms to conduct external confirmations of public firms. Usually, this is a manual process where auditors obtain and evaluate evidence.

While this used to be a manual process for the auditors in the past, it has now become an automated process. In this, the platform moves the financial data, highlighting all the transactions of a selected group of public firms, on to the blockchain system - where the 20 banks involved with this project act as validators who authenticate the genuineness of the submitted documents.

FISC’s Role in the Project:

This system has been developed by the Financial Information Service Co. of Taiwan - which was originally created with the vision of being the Finance Ministry’s IT intelligence unit. The objective behind the development of this blockchain based system is to bring transparency and more accountability into the system. This will allow auditing firms to access the data in a traceable and distributed manner. Moreover, since it is based on a blockchain, it also ensures that the data cannot be tampered with or altered later on.

As per the FISC, the process of auditing and external confirmations - which, under traditional and manual methods, takes up to 15 days, will now be brought down to less than a day! This is quite a progressive move from this government-backed organization and one which would perhaps inspire other nations to also implement a similar technology to bring transparency as well as the authenticity of the data.