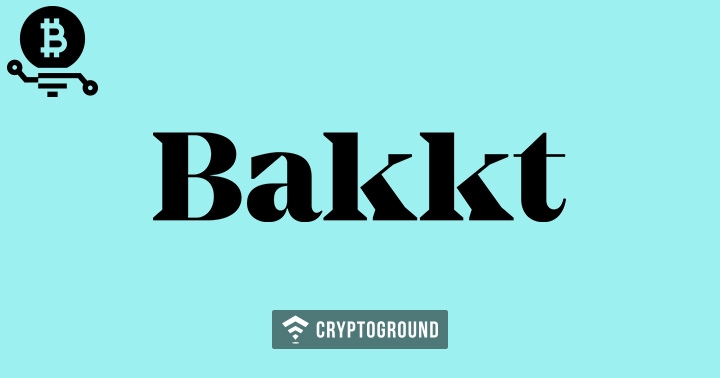 Bakkt, the Intercontinental Exchange (ICE) owned cryptocurrency platform, which launched last month - is back in the news. Today, Bakkt has announced their first cryptocurrency product: physically delivered Bitcoin futures contracts. Back when the platform was launched, there was a lot of hype around it but a lack of clarity as to what exactly it intends to do and the kind of products that will be introduced in Bakkt.

This announcement of Bakkt’s first product came via a Tweet from the company earlier today. This tweet reads:

Our first contracts will be physically delivered Bitcoin futures contracts versus fiat currencies, including USD, GBP and EUR. For example, buying one USD/BTC futures contract will result in daily delivery of one Bitcoin into the customer’s account.

In the past, Bakkt had confirmed that they would not be offering margin trading or leverage with Bitcoin - as they did not want to ‘serve to create a paper claim on a real asset’. The company had already announced their plans to launch this kind of a product back in August when they had said that they intend to launch a 1-day physically delivered Bitcoin contract in November 2018, subject to CFTC’s approval.

It must also be noted that Bakkt’s offerings are different from Bitcoin ETFs (which are in the news over a regulatory conflict of late). While Bitcoins will be deposited in the accounts of the customers in Bakkt’s offerings, ETFs do not actually deliver any Bitcoins to the investors.

However, with Bakkt’s products getting ready to come into the markets, it boosts the probability of a Bitcoin ETF finally being approved by the regulators as well! In fact, back when Bakkt announced their plans for the first time, CNBC’s Brian Kelly commented on it, saying:

This is huge news. I think the market is completely underappreciated. So let us talk about why [Bakkt] is the biggest news of the year for Bitcoin.

It paves the way for a Bitcoin ETF. Last week I stood here and said you know what, I don’t think the Bitcoin ETF will get approved. And guess what? The Winkelvoss ETF got rejected. Why?

Why Bakkt matters in the cryptocurrency markets is because of the Wall Street creds that it has. Bakkt is owned by Intercontinental Exchange, which is a finance powerhouse and the parent firm of the New York Stock Exchange! Moreover, Bakkt is backed by some of the biggest names in the world of business and technology, as it has Microsoft and Starbucks (among others) as its partners.

It will be interesting to see how the markets respond to Bakkt’s Bitcoin futures contracts, once they are officially launched later this year. Moreover, it is also worth observing if Bakkt’s products prove to be a major factor towards swaying the SEC’s decision in the favour of Bitcoin ETFs. Stay tuned with us on Cryptoground for more updates from the world of cryptocurrencies and the blockchain technology.